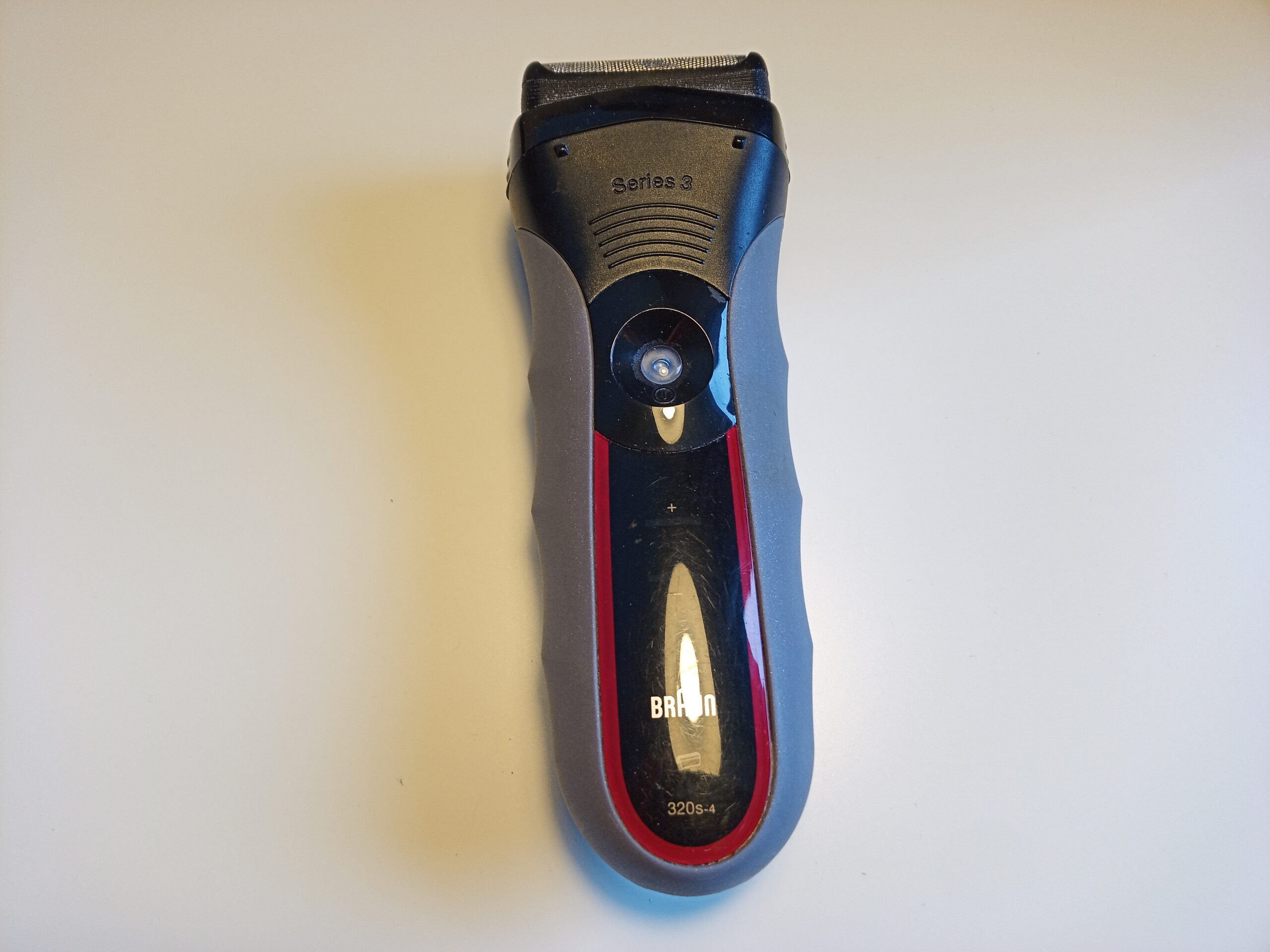 After a time my Braun 320s-4 shaver still not have the endurance. The battery is after 2-3 minutes empty. So i decide to change the battery inside.

So lets start and remove the shaver head.

After you remove the three tops of every shaver blade adapter it should look like this:

Now you can remove the springs and the bottom part of the shaver blade adapter by pulling it out. After you have done it, it should look like this:

I brake one of the latching lug, but it still works.

Now you can remove the two screws with a TX9 screw driver and remove the cover by pulling. After this it looks like this:

Now you can remove the two sealing rings at the screw holes.

After this you can remove the rubbered cover. Just use a screw driver to pry it out. It needs more force than i expected. But be careful and do not destroy it. After this it looks like this:

Now just pull of the cover.

Now you can also removed the big sealing ring at the head. After this remove the two TX9 Screws which holds the button cover. After this it looks like this:

Now pull the push button metal tongue to the top and remove the PCB with battery by pulling it up.

After this you can pry out the two AA Size Ni-MH batteries. I used a screw driver for it.

Now just assemble it and have fun with the bigger and newer batteries in your shaver.

Other posts about repairing: